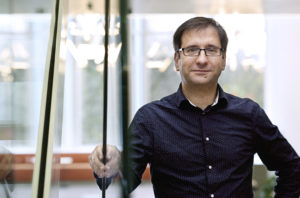 I received my PhD in 2002 from the University of Amsterdam for his work on light transport in disordered media. From 2002 until 2005, I worked as postdoctoral researcher at the RWTH technical University in Aachen (Germany) on THz spectroscopy, pioneering the field of semiconductor THz plasmonics. In 2005, I became project leader at the FOM Institute for Atomic and Molecular Physics (AMOLF), leading the group Surface Photonics. This group was partially located at Philips Research in Eindhoven, in order to bring blue sky research into applications. The group introduced the concept of plasmonics and nanoantennas for solid state lighting. In 2010, I became part-time professor at TU/e and group leader at AMOLF. After 10 years of fruitful collaboration with Philips, the group moved in 2015 to the Dutch Institute for Fundamental Energy Research (DIFFER) and in 2018 it moved completely to TU/e, where I am full professor. I have received several prestigious grants and awards, such as ERC starting and Proof of Concept grants, NWO-VICI, 3 FOM-IPPs and a Facebook Academy Award. I have been also panel member of important funding agencies, such as ERC and NWO. I also work as Associate Editor of the Journal of Applied Physics, a leading journal of the American Institute of Physics. 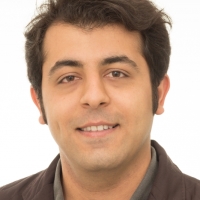 Prior to joining the group Surface Photonics as a PhD student, I received my bachelor degree in Materials Science and Engineering from Sharif University of Technology in Tehran (Iran). I continued my studies in master degree at École Polytechnique Fédérale de Lausanne (Switzerland) in Materials Science and Engineering, with the orientation of semiconductor and optoelectronics materials. I did six-month internship at Philips Research Laboratories in Eindhoven (The Netherlands) at the department of Photonics Materials and Devices, where I worked on plasmonic metasurfaces for solid-state lighting in the group Surface Photonics. My graduation thesis was awarded as the best of my promotion on Materials Science and Engineering at EPFL. On April 2019, I obtained the PhD degree with the thesis “Coherent Light-Matter Interaction in Arrays of Plasmonic Structures”.  My current research mainly involves studying strong light-matter interaction in proximity of resonant metallic nanostructures and investigating the nonlinear behavior of such systems at room temperature. I am also co-funder and director of a new start-up company “TeraNova B.V.” that develops THz technology.

In May 2017 I joined the group Surface Photonics. The project I am working on focuses on exciton-polariton transport in organic semiconductors. Before coming to Eindhoven I studied applied physics at the University of Groningen, where I did my master graduation project in the Photophysics and Opto-Electronics group about water splitting by organic-inorganic hybrid photocathodes. During my master I did an internship at Polyera Corporation in Chicago about the influence of molecular conjugation length on charge transport in organic electronics. In my free time I like to play the bass. 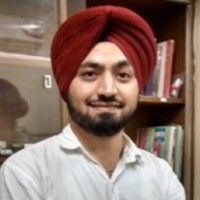 I started working in the Surface Photonics group as a Marie Curie (EuroTech) postdoctoral research fellow in February 2022. I received my PhD in Physics from Indian Institute of Technology (IIT) Delhi (India), where I worked on nano engineered ferroelectric materials and devices for solar hydrogen generation applications. After that, I moved to University of New South Wales (Australia) and continued my research work on solar water splitting using hybrid halide perovskites. In Dec. 2019, I was awarded Fulbright Postdoctoral Research fellowship by (USIEF) IIE, Washington to carry out research work on 2D materials-based interlayer excitons and electrically tunable valleytronic devices for quantum information processing applications at the Department of Electrical and Systems Engineering, University of Pennsylvania (UPenn), USA. My current research work at TU/e mainly focuses on designing engineered tandem devices combining 2D-3D materials for solar hydrogen generation and studying in-situ terahertz spectro-electrochemistry. I am also working on 2D Heterostructures and plasmonic nanostructures for valleytronic applications. 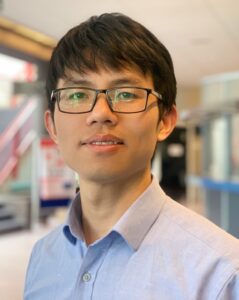 Minpeng is a Postdoc in the Photonics and Semiconductor Nanophysics (PSN) Group at Eindhoven university of Technology (TU/e). He is currently working on strong coupling based on 2D materials and biosensing combined with bound states in the continuum. Minpeng had obtained his master degree from Shanghai Jiao Tong university in 2017. Then he Joined Prof. Jinanting Ye’s group for PhD in the University of Groningen. He was studying plasmonics and photonics based on 2D materials and metastructures. From 2022, he continued his research in the Surface Photonics Group at Eindhoven University of Technology (TU/e). 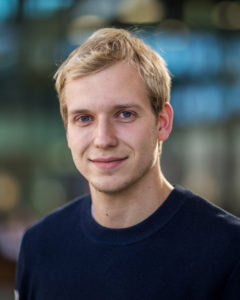 I joined the surface photonics group in February 2018, after completing my master graduation project in the same group. My research is focused on using THz microscopy to investigate photo-conductivity and strongly coupled systems. Before I started at the Surface Photonics group I was in Copenhagen for an internship and received my master degree from the Eindhoven University of Technology. In my free time I enjoy cycling and reading. 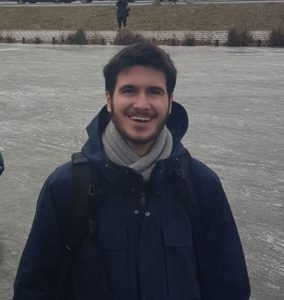 I joined the Surface Photonics group in November 2017 after doing an internship at DIFFER where I discovered about the research done by the Surface Photonics group. Prior to that I received my bachelor degree in Physics at Universidad Autónoma de Madrid and my master at the University of Utrecht. My current research focuses in the coupling (weak and strong) of excitons in 2D-semiconductors (transition metal dichalcogenides) with photonic modes in nanoparticle arrays. In my free time I like to cook, reading and travelling. 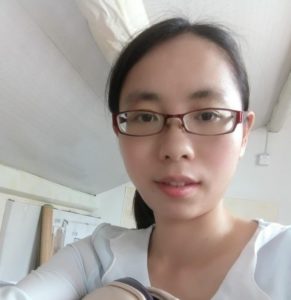 I joined the surface photonics group in October 2018 as a PhD student. My current research mainly focuses on the strong light-matter coupling on nanoparticle arrays and nanohole arrays and low-threshold polariton lasers. Prior to that, I received my master’s degree in physics from Soochow University in China. I worked in the research group Waves in Complex Media at King Abdullah University of Science and Technology in Saudi Arabia for one year as a visiting student. I enjoy cooking, running, bicycling in my free time. 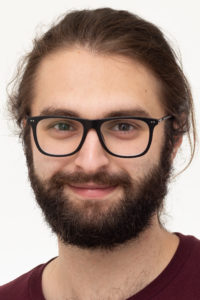 Before joining the Surface Photonics group as PhD student, I obtained my Bachelor degree in Physics from the University of Trento in Italy. Later, I continued my studies in Enschede at the University of Twente, obtaining a Master degree in Applied Physics. I did a six-months internship at CERN in the Atlas Magnets group, where I worked with superconductors tapes designing a super small coil.  My current research is focused on investigating strong coupling between molecular bonds and light. In particular, I am investigating the effect of vibrational strong coupling on the kinetics of chemical reactions. Before joining the group Surface Photonics as a Ph.D. student in November 2019, I received my bachelor’s degree in Electronics and Communications Engineering from Mansoura University (Egypt). After graduation, I joined Zewail City of Science and Technology (Egypt) as a research engineer with an interest in microfabrication and millimeter-wave applications. I continued my studies for a master’s degree at Aix-Marseille University (France) and Karlsruhe School of Optics & Photonics (KSOP) (Germany) with an orientation in optoelectronics applications. In addition, I completed my master’s thesis in the OMEGA Lab KAUST (Saudi Arabia) where I optimized transparent top electrodes for transparent organic photovoltaics. My current research mainly focuses on integrating nanophotonics in commercial LEDs to achieve ultra-high brightness and compact LEDs, the project in close cooperation with Lumileds Holding B.V. 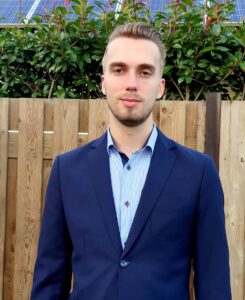 I joined the Surface Photonics group in April of 2022. Prior to this, I received my Bachelor degree in Applied Physics, also at the Eindhoven University of Technology. My research involves exploiting collective plasmonic resonances for obtaining white light in combination with blue LEDs.